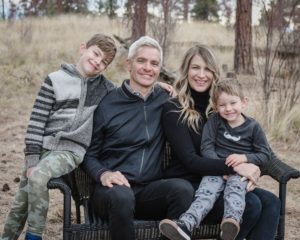 Richard is a passionate philanthropist and active community volunteer. His current/recent involvements include; Founder, 100 Kids Who Care Kelowna, Past-Committee Member for Opera Kelowna, Past-President of the National Advertising Benevolent Society, in 2008 Richard was inducted by NABS into the Canadian Advertising Hall of Honor in Toronto, as a Past Director of the Board of the acclaimed Children’s Charity Arts Umbrella, as a national past-judge for the Courage to Come Back Awards, as a Mentor of the Year awardee in the Vancouver Board of Trade Leaders of Tomorrow program, as past Chair of a capital campaign for the Union Gospel Mission’s Women and Children’s Ministry, and as an active volunteer in the kitchen and with their Treasures After School kids programRichard is the Immediate Past- President of the Nicola Valley Food Bank and also sat on the Campaign Cabinet for the University of British Columbia’s Business Families Centre, and was honored to have been nominated in 2006 for the National Top 40 Under 40 Award where he was a finalist. Richard is a past Director on the Board of Governors for Fraser Valley Elementary School, the leading independent IB School in BC’s Fraser Valley, the Parent Advisory Council Secretary and creator + active mentor of the Student Council at Kelowna’s Chute Lake Elementary School, a Scouts Canada leader in Lower Mission, a head coach for Central Okanagan Youth Soccer, a member of the 100 Heroes Who Care groups in both Vancouver and Kelowna. In 2018 Richard was a finalist for the City of Kelowna’s Fred Macklin Community Man of the Year Award and also a finalist in the Okanagan Real Estate Board’s Realtor’s Care Awards in 2017, 2018 and 2019. In 2019 Richard developed a sustainable giving program that empowers clients by donating $500 for every transaction to the charity of their choice.In 2016, Richard and his family created a new student leadership and mentoring program in the small town of Reston, Manitoba. Reston, their oldest son (8) was named after his grandparents who called the town home for nearly 100 years, the Ron + Clair Deacon Leaders Pay it Forward Mentorship Program pair’s high school students with business and community leaders with a focus on paying it forward and exposing them to special video guests from across the planet. The 5 year commitment of $10,000 is given to the students to determine the best charitable use of the funds and empower them to drive change in their community. To date the program has funded leadership training, a water safety program and a local playground. 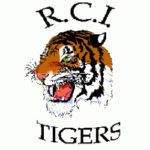 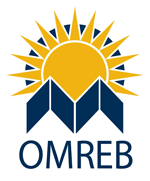