Engel & Völkers is a leader in the sale of residential and commercial real estate, resorts, yachts, and private jets in the premium segment. Founded by Christian Völkers in 1977 as a boutique shop delivering high-end services to an exclusive clientele, today we are a luxury brand recognized around the world for our culture of exclusivity, competence and passion. These core values are shared by thousands of dedicated professionals and are the driving force behind the growth and success of our unique brand. 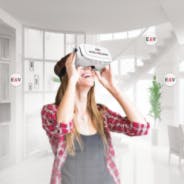